LOOK INSIDE!
The first manuscript of this book went into the fire five minutes before the arrival of the secret police in Communist Poland. The second copy, reassembled painfully by scientists working under impossible conditions of repression, was sent via a courier to the Vatican. Its receipt was never acknowledged, no word was ever heard from the…
SKU: PPE1 Categories: Books, Psychology

The first manuscript of this book went into the fire five minutes before the arrival of the secret police in Communist Poland. The second copy, reassembled painfully by scientists working under impossible conditions of repression, was sent via a courier to the Vatican. Its receipt was never acknowledged, no word was ever heard from the courier – the manuscript and all the valuable data was lost. The third copy was produced after one of the scientists working on the project escaped to America in the 1980s. Zbigniew Brzezinski suppressed it.

Political Ponerology: The scientific study of Evil adjusted for Political Purposes was forged in the crucible of the very subject it studies. Scientists living under an oppressive regime decide to study it clinically, to study the founders and supporters of an evil regime to determine what common factor is at play in the rise and propagation of man’s inhumanity to man.

Shocking in its clinically spare descriptions of the true nature of evil, poignant in the more literary passages where the author reveals the suffering experienced by the researchers who were contaminated or destroyed by the disease they were studying, this is a book that should be required reading by every citizen of every country that claims a moral or humanistic foundation. For it is a certainty that morality and humanism cannot long withstand the predations of Evil. Knowledge of its nature, how it creates its networks and spreads, how insidious is its guileful approach, is the only antidote. 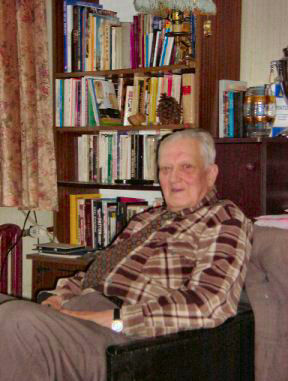 Andrew M. Łobaczewski was born in 1921 and grew up on a rural estate in the beautiful piedmountain region of Poland. During the Nazi occupation he worked on the farm and as an apiarist, then as a soldier of the Home Army, an underground Polish resistance organisation. After the Soviet invasion of Poland, the authorities confiscated the estate and evicted Łobaczewski’s family.

While working for living, he studied psychology at Yagiellonian University in Cracow. The conditions under ‘Communist’ rule turned his attention to the matters of psychopathology, especially to the role of psychopathic persons in such a governmental system. He was not the first such researcher; the work was begun by a secret understanding of scientists of the older generation, which was destroyed shortly after by the Red security authorities. Łobaczewski then later became the one who succeeded in accomplishing the work and putting it down on paper.

Working in mental and general hospitals, and in the open mental health service, the author improved his skills in clinical diagnosis and psychotherapy. Finally, when suspected by the political authorities of knowing too much in the matter of the pathological nature of the system, he was forced to emigrate in 1977. In the USA he became engulfed by the activity of the long paws of the Red diversion. The work presented now was written in New York in 1984. All attempts to publish this book at this time failed.

With broken health, he returned in 1990 to Poland and went under the care of doctors, his old friends. His condition improved gradually, and he became able to work and to publish another of his works in matters of psychotherapy and socio-psychology. Andrzej M. Łobaczewski passed away in late November of 2007.

There are no reviews yet.

Be the first to review “Political Ponerology” Cancel reply